EDITOR’S NOTE: This post was originally published to the  WonderLab ALIVE Blog on Friday, March 9, 2018.  After speaking with colleagues and friends I realized that the message portrayed message in the original posting had missed the mark. This version has been revised and edited. I hope you enjoy the final results as much as I enjoy snakes. – SC

It makes sense that a person fears snakes if they have had bad interactions with one, but there are people who are terrified of snakes, yet they have never actually seen one. How can you fear something you’ve never experienced?

We are finding out that humans can be born with something called ancestral memory (this can be called genetic or racial memory as well but in this article I will refer to it as ancestral memory). This is innate information we seem to be born with, so people who have never seen a snake but are afraid of them, could be exhibiting an ancestral memory of fear of this animal. This may have developed because humans have evolved with snakes for a very long time and through those years our two species have had gazillions of interactions, many of which humans have been bitten or killed by these creatures  With enough bad interactions, fear of snakes almost becomes instinctual (or becomes an ancestral memory) because way back in time, the humans that feared snakes were less likely to get bitten and possibly die. Those that survived passed their genes on to future generations and those that died from snakes were no longer able to pass on genes, thus almost to some extent selecting for instinctual fear. So, if you have never met a snake but are afraid of them, you are not being silly but may in fact be displaying some ancestral memories passed on through the evolution of your predecessors!.

While there is nothing irrational about fearing something that could hurt you, most of the snakes that the general population will come in contact with are not dangerous, cannot really hurt you and some in fact are even hugely important for our ecosystems. Let’s talk about some examples!

“I am more afraid of you than you are of me.” 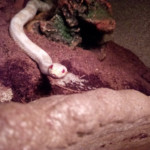 This is Snow, one of our corn snakes here at WonderLab, coming to check out the camera. Photos taken by Sam Couch at WonderLab. 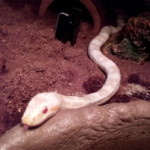 Snow taking a rest on his water bowl. Taken by Sam Couch at WonderLab.

Snow again getting up close and personal. Taken by Sam Couch at WOnderLab. 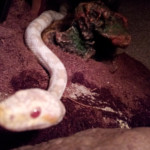 Snow posing for the camera! Taken by Sam Couch at WonderLab.

Snow is right. More often than not, snakes are more afraid of humans than humans are of them . Imagine you are a tiny garter snake on the forest floor and you cross paths with a warm, furry giant that stand 5-6 feet taller than you and is big enough to kill you simply by stepping on your head. You would be afraid as well. While snakes have been known to strike in these circumstances, they tend to only stand their guard if they have no escape route or if you are too close to their nests. Most of the time they flee and this is because striking you exposes them and in order to bite you, they have to get close to you. They sense danger just like you and I and they know the closer they get to you, the closer they get to danger and the higher the chances are of they themselves getting hurt.

If the low probability of a snake biting you still makes you feel uneasy, there are several signs you can pay attention to to predict if a snake is about to strike thus avoiding a bite. One sign that they are about to strike is their head and neck retracts into an “S” shape. This allows the snake to position itself in such a way that it can extend and strike their target giving them a much farther striking zone.  When not in this position, the snake cannot strike as far (Image I). 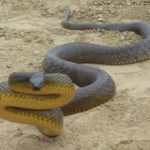 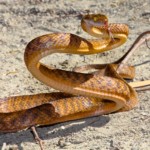 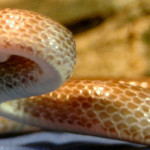 Image I: These three photos exemplify what a striking position may look like. Notice the “s” formation of the neck area and how tight the muscles appear to be.

Snakes often also tense up right before a strike and will move their tails in such away that they can get leverage and push off the ground. If the tail has moved behind the snake and appears to be stiffening, it may be about to strike. They also like to rattle their tail, even if they are not a rattlesnake. Snakes will often rattle their tail against something as an auditory warning. Snakes would rather flee than stick around and risk possibly getting hurt. That is precisely why they have these elaborate displays. They size the opponent up with this display. If the opponent is bigger, flashier and if they think they will lose they will flee so that they do not get hurt themselves. Think of it as if humans did a dance off to avoid from actually hurting themselves in a fight. In the name of true science and to be completely honest, there is one snake you may have to be worried about. The only snake in the world known to actively chase down humans is Lachesis muta muta, the Central American bushmaster found in South America. It is the largest venomous snake in the Americas and the second largest venomous snake in the world Animal Diversity Web!

Knowledge is power and knowing the different signs of an aggressive snake and a snake just passing through may make you a bit more comfortable around snakes because you can read them better. These are the same signs we look for here at WonderLab when we handle our snakes.

“I am an important part of many ecosystems.” 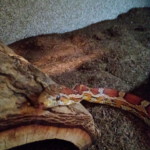 Medusa sensing her surrounding with her tongue. Taken by Sam Couch at WonderLab. 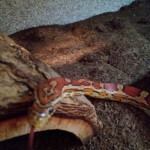 Medusa is our oldest snake at 13 years old and she is our only female snake.Sam Couch at WonderLab.

Snakes are known as middle-order predators. This means that, they eat other animals, but there are also animals out there that eat them. They are the middle link between the bottom of the food chain and apex predators. If this middle link were not in the food webs, not only would populations of the animals that snakes eat skyrocket because nothing was there to eat them, the numbers of snake predators would decline because they have lost a food source. Snakes are a big reason that rodents do not invade our homes or eat our crops.

In fact, all of the snakes at WonderLab are corn snakes. Corn snakes got their name because they hang out in cornfields. Why do they hang out in corn fields do you ask? Because mice hang out in corn fields eating all of our human crops and mice are one of their very favorite meals. They keep rodent populations down and because of that our homes and food is more safe from the nibbling of these furry fiends. Rodents carry diseases that are transmittable to humans. With less mice and rats around, there is less chance of zoonosis, or the transfer of disease from other animals to humans. The job that snakes do for us is vital and we don’t even notice it is happening. Much like spiders, snakes may be scary to some people and may look frightening, but they do us a favor by being pest control so we don’t have to call the exterminator! 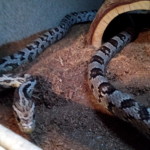 Teeny is our smallest snake at WonderLab and has been here since he was a hatchling. He has grown up here and behaves very comfortably with staff and patrons. He loves coming out of his habitat as he approaches the glass every time we approach his home. Taken by Sam Couch at WonderLab. 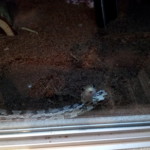 Teeny greeting us at the door to his home. He has gotten so accustomed to life at WonderLab that he slithers up to his door every time staff approaches his habitat. Taken by Sam Couch at WonderLab.